Up for adoption is a very rare and collectable 1997 Land Rover Defender 90 Japanese NAS (North American Specification) with 4.0V8 engine, badge # 017, original factory Coniston Green paint, automatic transmission, clean and well-preserved interior with power windows option and AC system. As a result, its a very solid, all original and unmolested truck with 95K miles (152K Km) from new and no oil leaks! Everything works as it should, drives amazingly – like a tank! Very well kept and cared for truck, always garage kept!

One owner from new, first 10 years of its life this NAS Defender 90 spent in Dubai, then the owner (an attorney) moved back to Ontario Canada in early 2007 and mainly used it for family weekend trips. The truck was never really used as a daily driver, almost never driven in winter seasons nor was it used as an off-road vehicle (though we did take it out for 2 light off-road trips here in Dallas area of Texas). It’s a perfect truck in as is condition and priced to sell quick! No accidents!

Mechanically the truck is in very good condition, everything works as it should, no lights displayed on the instrument cluster and transmission shifts smoothly. Frame and bulkhead are all solid and clean without any patches. Footwells, floors and doors are in good shape with very minor surface rust in some areas (normal Defender issues for the age). Original Coniston Green paint is in good condition and still shines.

Our recommendation for this Defender

As a Defender restoration shop, we would recommend several ideas and areas that we think may need restoration, updating and/or upgrading, and for a small additional investment – you can own this truck in as new condition, if not better! Call or email us if you’d like to discuss it further.

This is how you tell a Japanese NAS D90 Wagon from its American NAS counterpart:

The Japanese NAS 90s came with Kilometer speedos, were the American NAS version has a MPH speedo.

Along with the VIN tag behind the windscreen as found on the American NAS, the Japanese NAS has a second VIN tag on the brake pedal box, just like a Euro Defender.

The front marker and parking lights are slightly different. The top parking lamp is clear instead of amber color, and the side marker is a European style turn signal repeater and is set further back than the larger American NAS side marker lamp.

The interior trim is a grey vinyl, but it is a different pattern than the American NAS Defender 90 Wagon.

According to DOT and EPA regulations it is 100% legal to import these 1997 Japanese NAS Defender 90s through a Registered Importer, as long as the VIN on the vehicle fall in the ones allowed by the DOT. The reason for this is that the Japanese NAS 90 was built identical in specifications to the American NAS 90 and the Catalyst plaque (see below images) specifies “This vehicle conforms to U.S. EPA and State of California Regulations applicable to 1997 model year”.

Back to All Vehicles 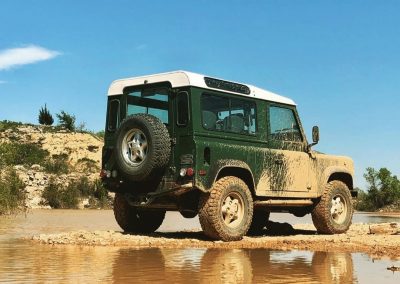 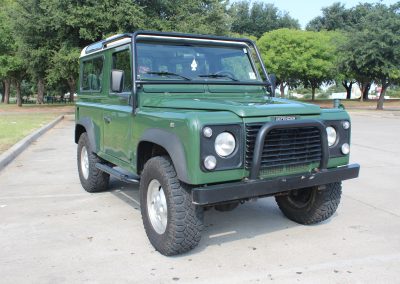 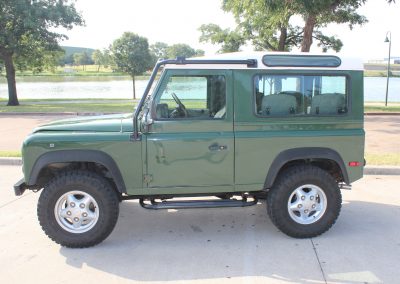 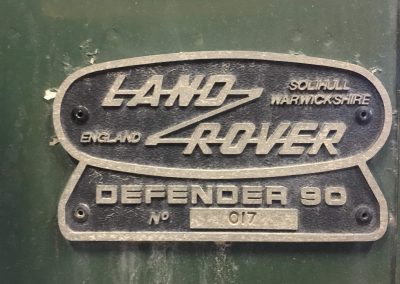